Knot Mosaics give us a power tool for creating two-dimensional versions of knots and links.

(an example of Solomon's Knot). The example above is a link, rather than a knot: it's two unknots tied together.

Have you ever played "Human Knots"?

Is it possible to create a link of three loops (or rings, or unknots) in such a manner that they are indeed linked, yet if we remove any one of the rings the other two become unlinked? Yes, indeed! "Borromean Rings":

These knot mosaics illustrate the most common kind of knots that we study: 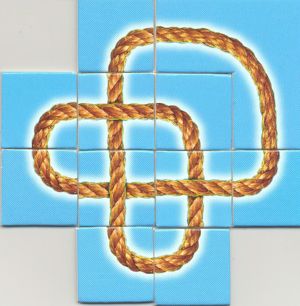 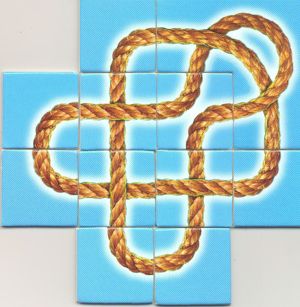 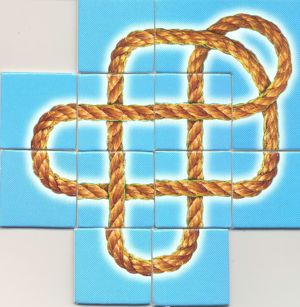 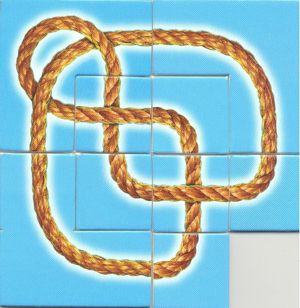 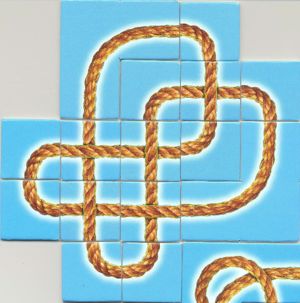 This images illustrates an important use of Reidemeister moves: this shows that the figure-eight knot and its mirror image are equivalent: 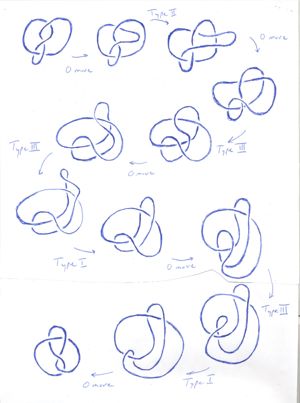 The following image illustrates the relationship between twisted bands (like the mobius band) and knots: 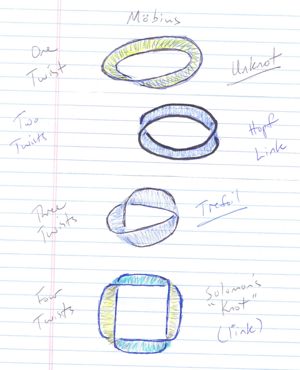 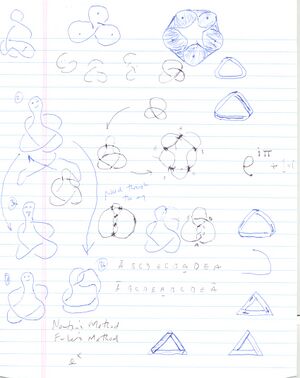 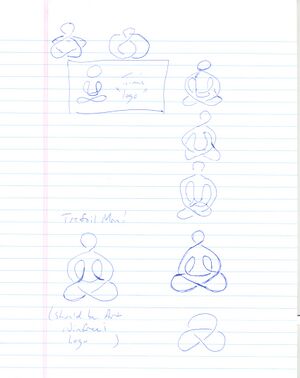 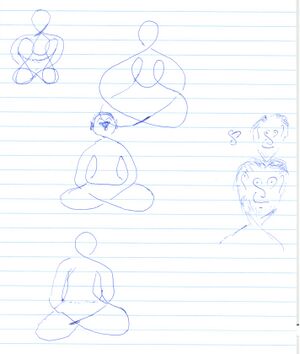 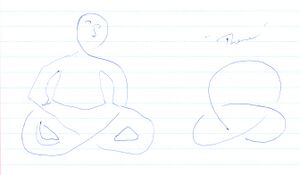 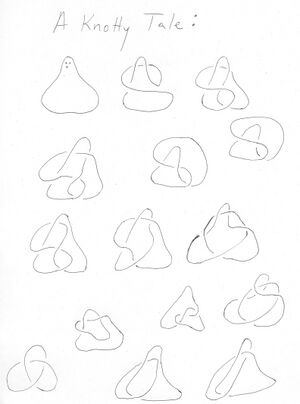