We've got a start on our small miniatures: graphics of how the summarized variables that MacKay chose -- Mayflower, Strawberry, Apple, Lilac, and Blackberry -- with the addition of 1907 and 1914 graphics.

Here is the Mathematica File that produces the following plots: 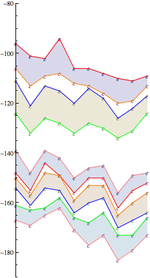 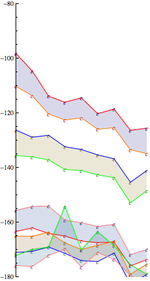 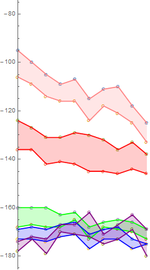 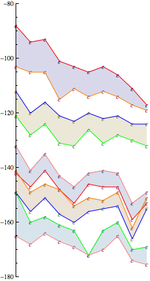 Some of the problems the compilers of the data encountered are detailed in the Journal of Education document from 1902 that Laura shared last time. We may find some of the answers there.

We had a look at RClimate. I put one example on-line, for 1901, so that everyone can see what we're dealing with.

I've asked Mike Waters about getting accounts on the departmental server. He got me set up, so that we can use

It won't be many weeks until we're off and running in the summer, so we had better get our heads screwed on straight about what we hope to accomplish this summer! We need to bring Steve Wilkinson into the conversation.